For the second assignment, I followed the instructions of using loops, variables, and expressions to modify and develop the sketch I made for my first assignment, which was unfortunately a tedious, gender-stereotyped self-portrait. Because I am interested in movement, in particular natural movement, which seems to be characterized by an element of randomness, I tried to find ways to capture random movement without animation. I'm calling this creation Trippy Tedious (Gender-stereotyped) Self-Portrait.

Here is the masterpiece: 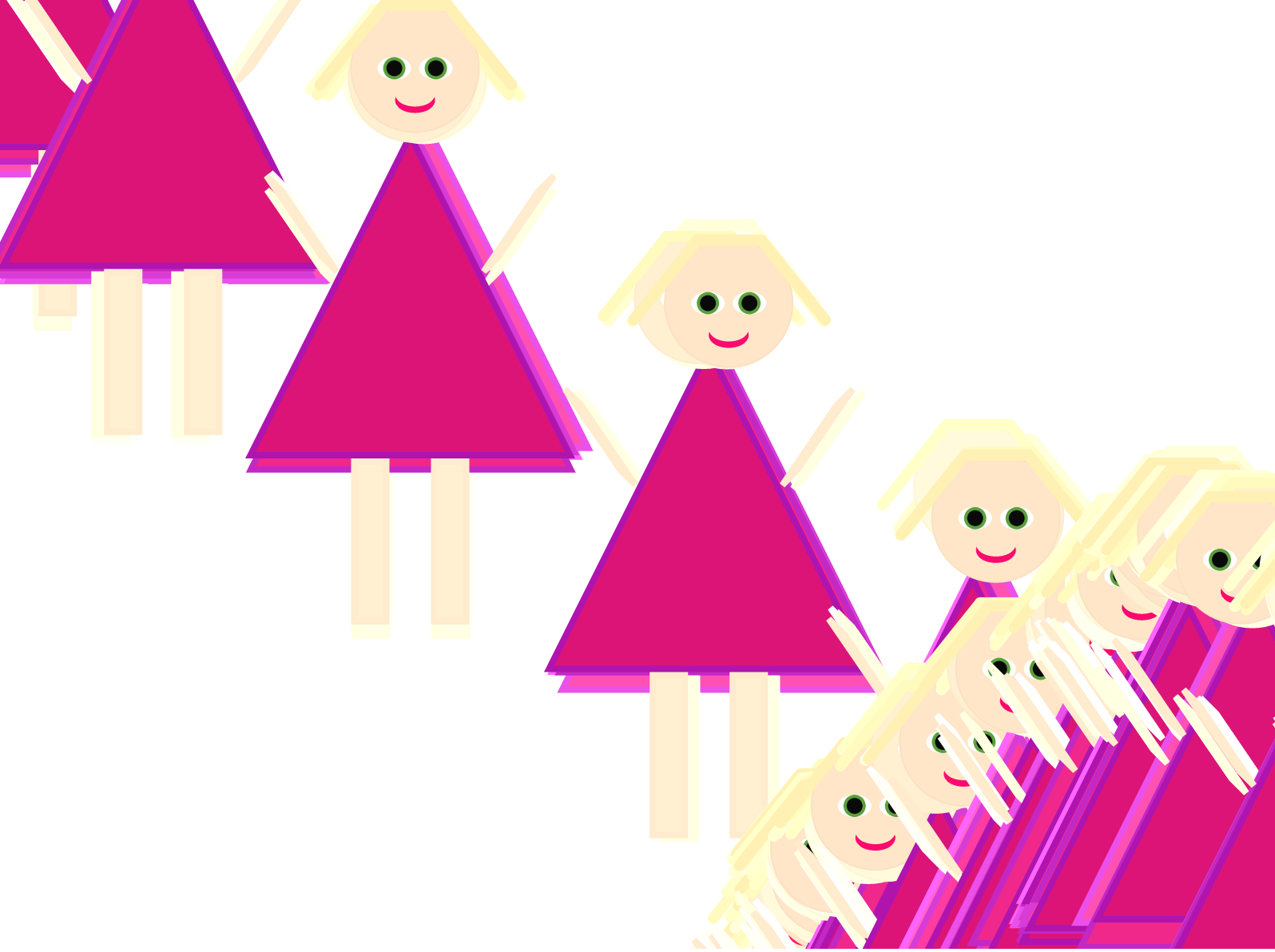 Here is what happens if I boost the crazinessFactor and the trippinessFactor: 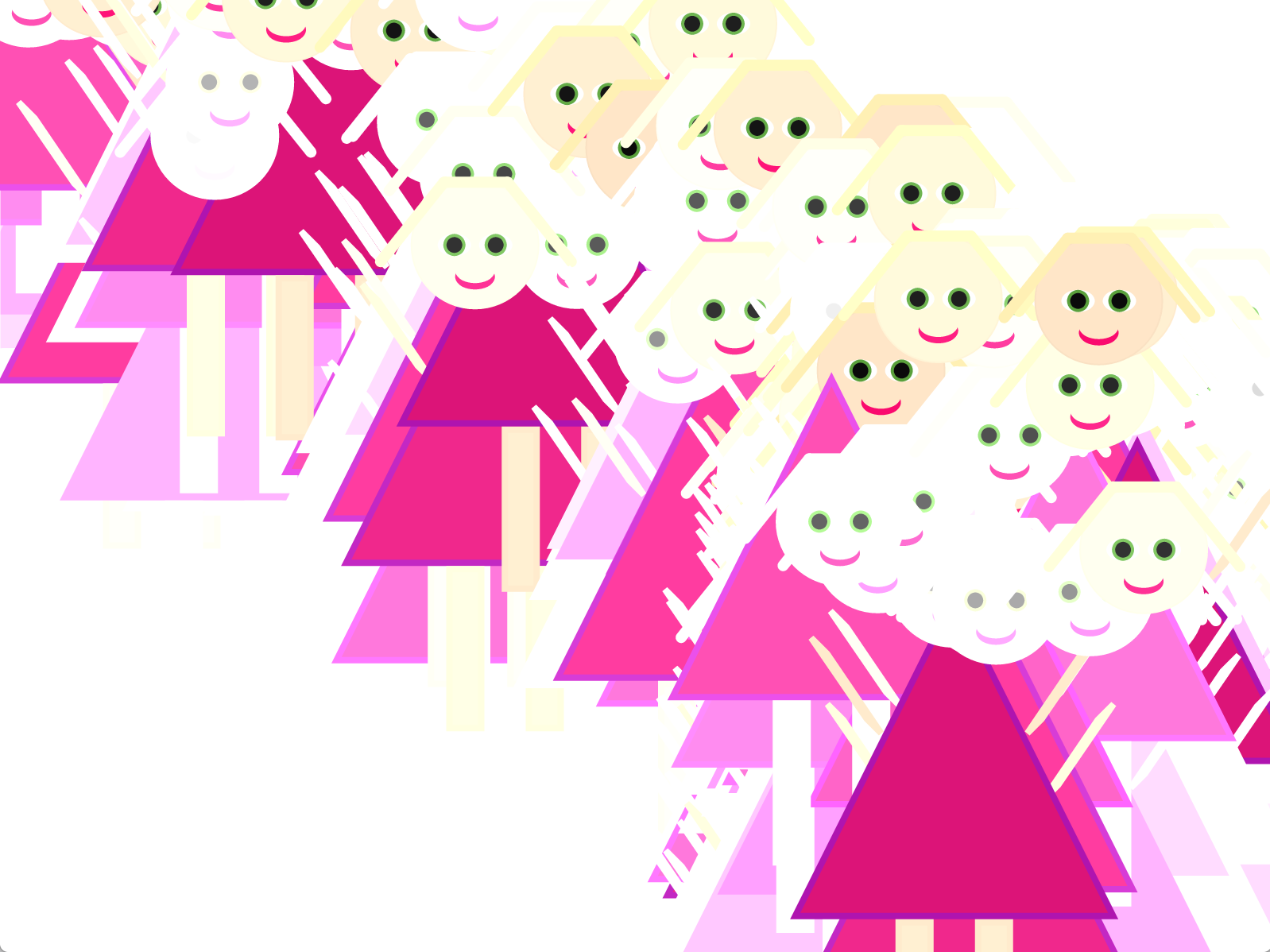 Here is what happens if I boost just the crazinessFactor: 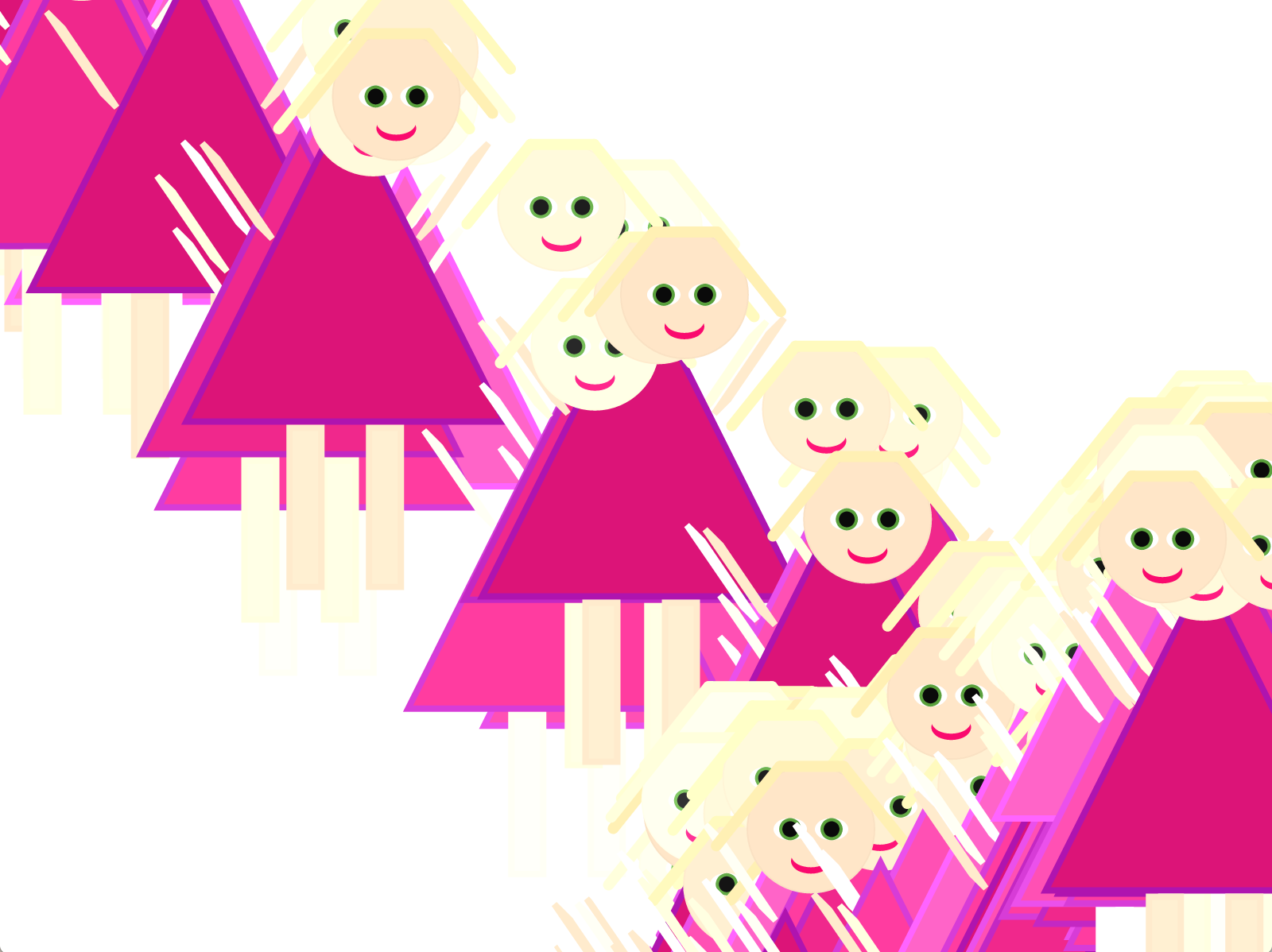 And here is what happens if I boost just the trippinessFactor: 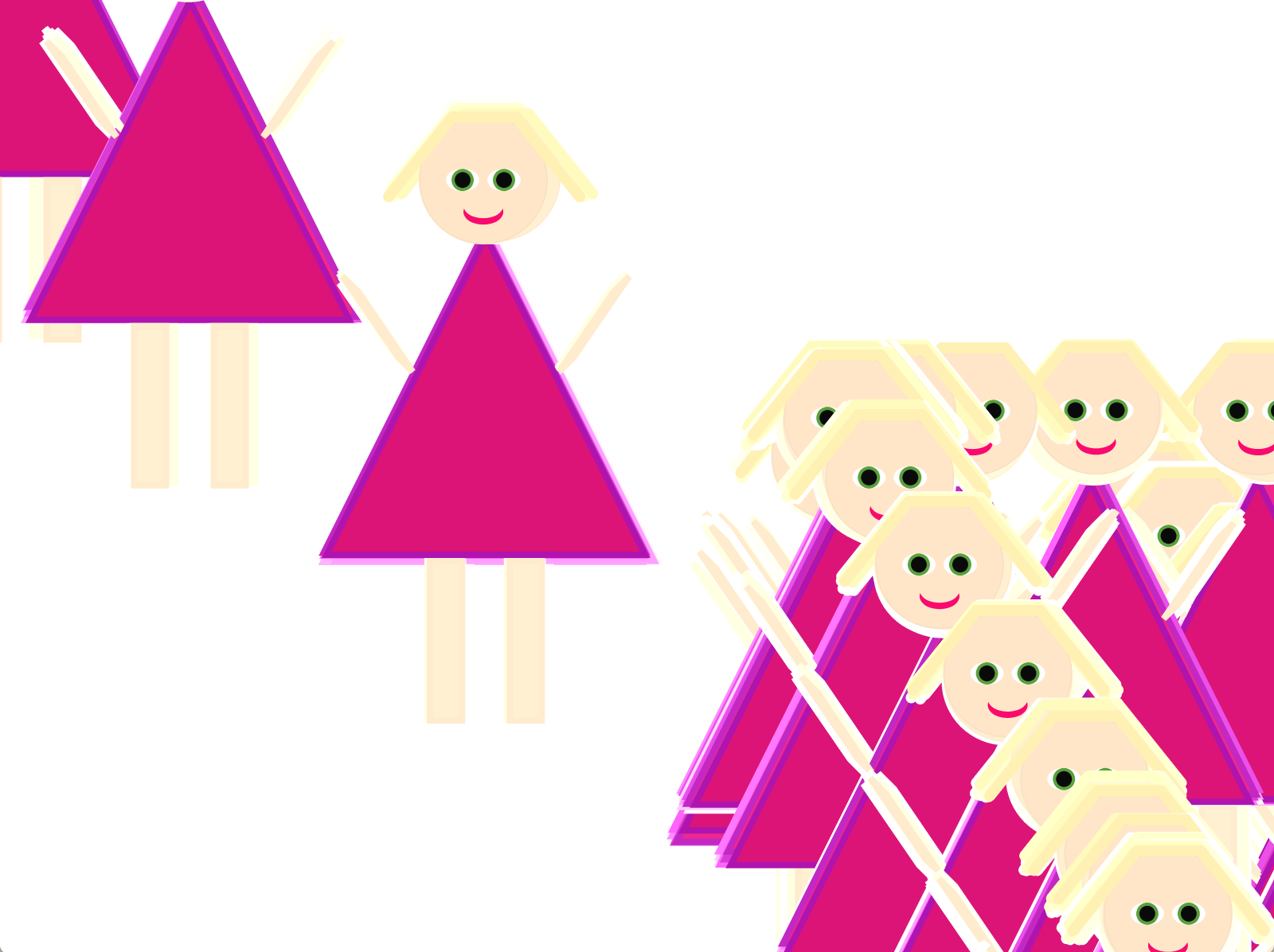 As you can see, Trippiness determines the number and variation in color of the shadows of each movement. Craziness determines the spatial range that each shadow is allowed to fall within. I wanted the head to be able to float a bit independently of the body, like it is only loosely attached. Also, notice that if you refresh the page, you generate a new randomly determined sketch (a la John Cage).

There is a general trend of the movement from the top left corner to the bottom right. The sketch starts in the top right corner every time, but I suspected that the body would move a bit more randomly over the page. I think that it's possible that the number of loops is overwhelming the system and it is quitting before choosing just a few random locations. It is also possible that I made a mistake. If this were a true representation of my artistic viewpoint, I would probably work more to figure this out.

If I were to continue to develop the sketch, I would make the arms rotate in their sockets, and I might make the eyes get bigger and smaller. I think I would also code everything relative to the head of the body using expressions for position to make the movement less tedious. Hindsight is 20/20.

Here is the code: 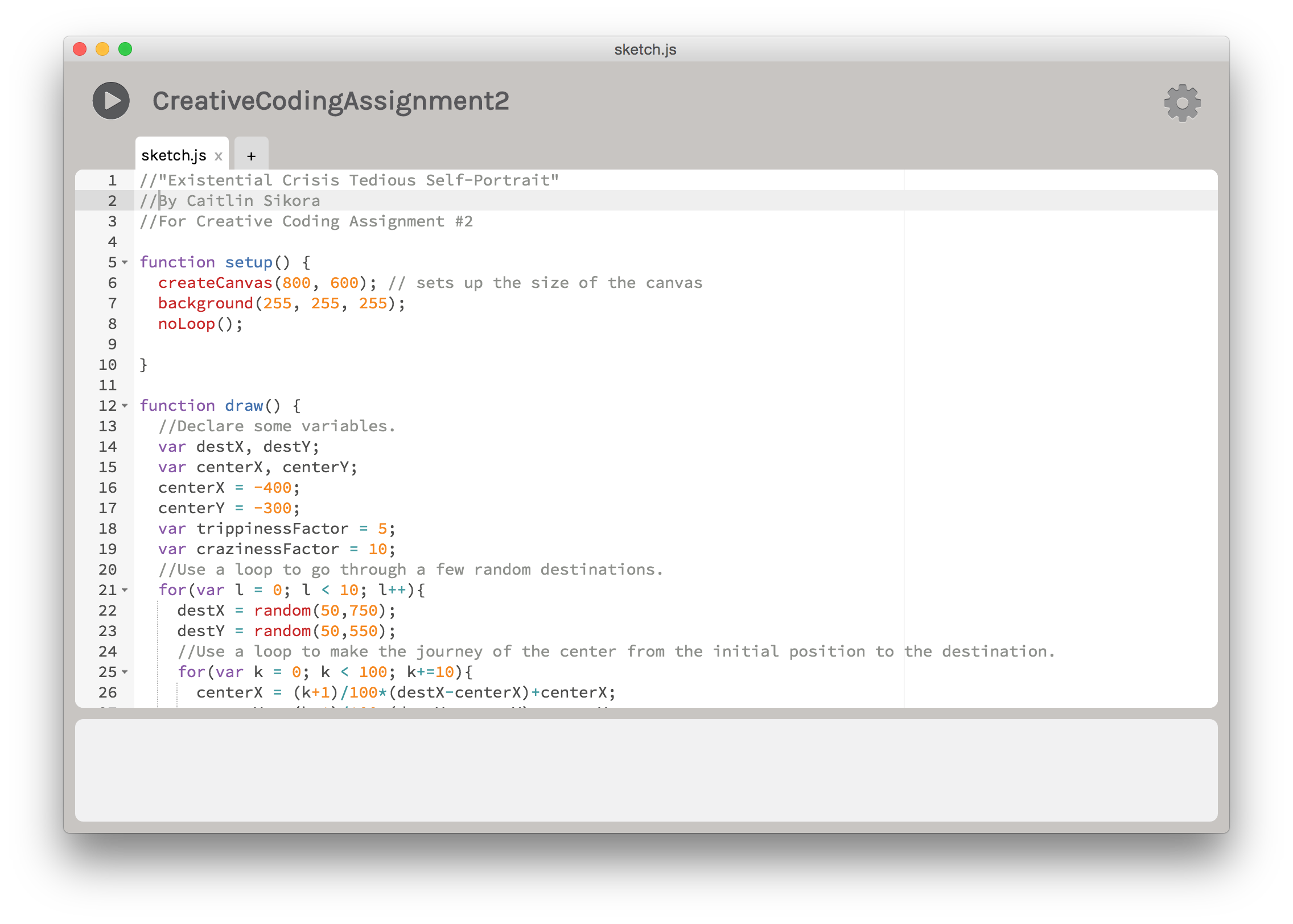